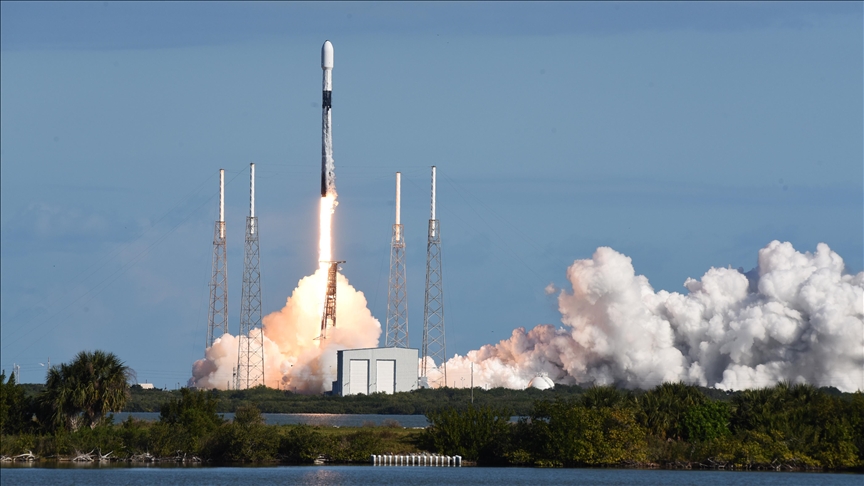 Turkey’s first pocket satellite, Grizu-263A, was successfully launched into space on January 13, 2022 from Cape Canaveral Base in Florida, USA.

The satellite designed by the Grizu-263 Space Team, consisting of the students of the Engineering Faculty of Zonguldak Bülent Ecevit University (BEÜ), to realize the basic communication facilities, was sent into space with the Falcon 9 rocket belonging to the Space X company.

The satellite, which went on a space journey with the names of the miners who lost their lives in the firedamp explosion that took place in Zonguldak on March 3, 1992, is planned to serve for 4 years and 8 months in a low earth orbit of approximately 525 kilometers.

“We have successfully concluded our 6-year effort”
Team captain Çağla Aytaç Dursun said that he has been the captain of the team for 6 years and it was very valuable for them to see the result of a 6-year dream.

Noting that she could not hold back her tears on stage, Dursun said, “I am very happy, full of pride. We have successfully completed our 6-year effort. This was very valuable for us. I would like to thank everyone who supported me.” used the phrases.

Team member Mahmut Eğriöz stated that he has been working in the team since 2018 and explained that they worked hard on the project.

Eğriöz, who could not hold back his tears from time to time, stated that they had many difficulties in the process and said, “We became a family with our team, we saw them more than our family. We delivered our project to space in a good way today. I hope we will get good signals and prove our success.” said.

“These are our future, the young people who will take over the flag from us”
Those who watched the launch of Turkey’s first pocket satellite into space experienced exciting moments.

Speaking at the Sezai Karakoç Cultural Center before the launch, Zonguldak Governor Mustafa Tutulmaz said that they witnessed an important moment.

Pointing out that such achievements are very important in the development and development of cities, Tutulmaz said, “Our young people in our universities, as well as our engineers who provide technological transformation, are very young people. I hope our country will be one of the few technological countries in the world in the coming period, we believe in this.” said.

“A proud day”
TÜRKSAT General Manager Hasan Hüseyin Ertok said that it was a day full of pride for them.

Ertok stated that they watched with great pride the launch of the satellite developed by the Grizu-263 Space Team, which achieved great success in the model satellite competition held by TÜRKSAT for 6 years.

Explaining that the project stages are very important, Ertok said:

“You are working on these on the ground, you are testing them in a way, but sending them to space is a completely different stage. These friends have achieved these, I hope they will advance to bigger goals. They will serve our country with bigger satellites and bigger things.”

Rector Prof. Dr. Mustafa Çufalı stated that the space teams dreamed of these days 6 years ago and they achieved an important success, and stated that Zonguldak is the city of extraordinary people and their successes are extraordinary and important achievements.

After the speeches, the team members who made the presentation answered the questions of the participants.

After presenting gifts to the protocol members, a souvenir photo was taken.

On the other hand, the Grizu-263 Space Team announced that the satellite was placed in orbit approximately 1 hour after its launch.