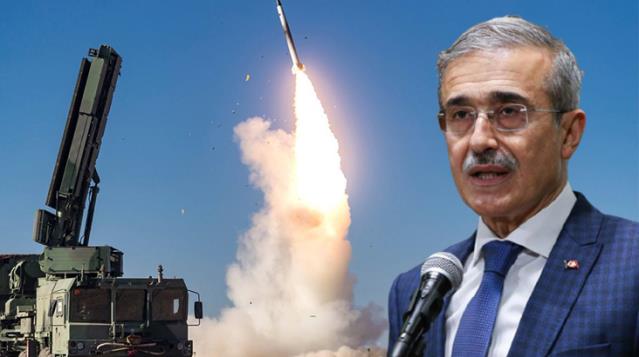 The domestic defense industry, which has made a name for itself with the air, sea and land vehicles produced, and the unmanned aerial vehicles that have achieved export success, are experiencing new developments every day. All issues on the agenda of the sector Defense Industry President İsmail Demir  evaluated.

Because now we have no hesitation. When we sat at the table and discussed this issue, all the negotiations were made on two systems. It was the delivery of the first system. The issue related to the second system was co-production, it had certain technological items. There is a process for discussing the details of this. Turkey bought 1 system and thought. There is no such thing as the second system has decided to buy it. The statement made by the Russians is a statement showing that the process regarding the purchase of the 2nd system has come to an end.

DEMİR: THERE IS NO NEW AGREEMENT, THE PROCESS CONTINUES

It is not correct to approach the issue as a new agreement. A new page has been opened, not because a new agreement is signed. It’s an underlying issue. It is not an issue to be discussed at the level of heads of state. Discussed and agreed on 2 systems. It is not right to expect that steps will be taken at the level of heads of state. This is a little long as this is a very detailed topic. It has technical details. We got a certain distance.

DEMİR: WE ARE IN THE SAME PLACE TODAY IN THE PATRIOT PURCHASE

We’ve been saying the same thing about that for a very long time. We said that if an offer came from that side, we would consider it. We asked them to bid on time and the terms were not suitable for their negotiation. There was no offer after that. We are saying the same thing. When there is an offer, we evaluate it and say that the doors are not closed in the negotiations.

A number of unnamed constraints remain. But they don’t matter much. It would be better if it wasn’t though. It’s not going out of our way. If there are certain things that are restricted, we start projects related to their domestic production. Some take a while, but eventually we get over it. Not important.